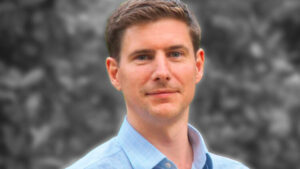 Szczepanik will play an integral role in managing all aspects of the development and production of Isotropic Systems’ game-changing terminals, including patented circuitry at the core of the optical beamforming lens modules that enable the antenna to link with multiple satellites in multiple orbits.

“John-Paul Szczepanik is a tremendous addition to our Isotropic Systems leadership team, with a strong and proven mix of hands-on experience and strategic vision that will absolutely contribute significantly to a smooth and mission-critical transition from terminal development to commercial production over the next 18 months,” said John Finney, Isotropic Systems CEO. “Like our fast-growing teams in the UK and the U.S., JP is already keenly focused on an exciting terminal roadmap that leads to multi-beam, multi-frequency antennas allowing users simultaneous access to the vast array of next generation satellites in view. That’s the ultimate goal for government, defense, aero and enterprise markets.”

Isotropic Systems is already in advanced tests and trials of its multi-beam terminals with the U.S. Defense Department’s Defense Innovation Unit (DIU) and other government agencies, along with development framework agreements with leading operators such as SES and Inmarsat. The company expects to commercially launch its first terminal offerings late next year as new MEO and LEO constellations begin to initiate services in early 2022.

“I’m thrilled to join the leadership team of Isotropic Systems and contribute to the development and delivery of its breakthrough terminals. Isotropic’s products and roadmap have always impressed me – it really is an innovative and highly valuable technology that’s uniquely placed to unleash the full potential of LEO, MEO and GEO connectivity over a single antenna,” said John-Paul Szczepanik, Senior Vice President of Engineering for Isotropic Systems. “The next two years will be full of technical milestones as we move quickly toward commercialization of a terminal technology that is poised to redefine connectivity around the world.”

Prior to joining Isotropic Systems, Szczepanik was with Phasor for seven years as their Chief Technology Officer leading the development of its Satcomm phased array. Before that he founded and served as CTO of On-Sun Systems, a new innovative Solar Panel company commercializing a Concentrated PV solar tracking technology. Earlier roles include time at The Technology Partnership, an engineering consultancy in Cambridge, where he led a multi-disciplinary team of engineers in the development of a novel medical device technology for a major U.S. medical company. He began his career at QinetiQ, a leading defense technology and materials development firm in the UK, who is also a partner with Isotropic Systems contributing to the unique optical lens modules at the heart of its multi-beam terminals.

Gaining Full Control and Traceability of the Product Record with Arena

ALL.SPACE pivots to serve a handful of key markets including government and defense